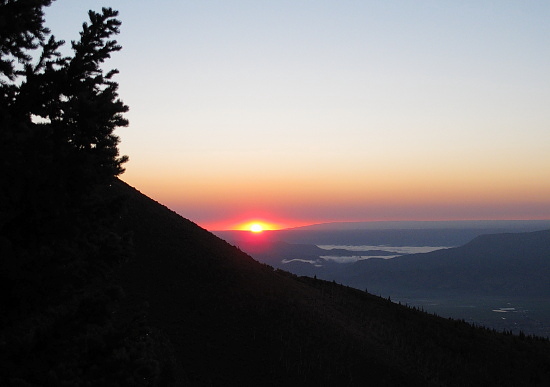 Be in Position at First Light

Since I’m not a morning person, this is my least favorite part of bowhunting, and in August, first light means being in position by 5:30 a.m. Most of my life I’ve elected to still-hunt into position, or more likely, I didn’t have a destination to begin with, choosing instead to start hunting as soon as I left camp. Now I know that there are always primary areas, and everywhere else is secondary.

If you decide to still-hunt into a primary area, most likely you’ll arrive too late, after the animals have already bedded down for the day, thus increasing the likelihood of spooking the deer out. Therefore, I recommend picking an area each day and being there well before first light. There are simply more animals up and moving at first light than any other part of the day, so it just makes sense to be in those high traffic areas—such as between feeding and bedding areas—and then limit your movements when you get there. This is known as “ambush” hunting and is by far the most effective strategy for intercepting big game. Still-hunting—where you slowly cover lots of ground while looking for game—is more effective during midday hours when the deer aren’t moving and it makes sense to go looking for them.

One final note: “Being in position” often means being in a particular area at midday, not just morning. Much of my hunting success has come with the sun more or less overhead. Remaining in the field throughout the entire day—not just morning and evening—simply provides more opportunities. This reminds me of a popular photography quote: “F/8 and be there!” This was famous photojournalist Arthur Fellig’s response to the question of how he managed to get such compelling images on a regular basis. What Fellig meant by “F/8 and be there” was in order to capture a pivotal moment on film, you actually had to be at a certain location at a certain time. In hunting and photography, timing is everything. If you’re napping back at camp at midday, your odds of success are zero. (Incidentally, Fellig’s chosen aperture setting, F/8, was likely an arbitrary number chosen in jest since it’s really a situation-dependant camera setting.)