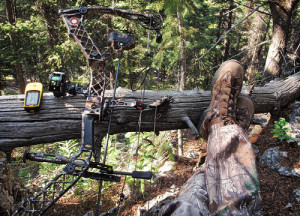 Out of the Woods

So that was the 2015 bowhunt; it came and went faster than I could imagine. What I expected to be just another same-old archery season, ended up being a whirlwind of ups and downs and a dramatic unfolding of failure and success, coupled with new ideas, concepts, and a solidification of theories that sprung up during the 2014 season. But in the end I failed, which was so spiritually deflating that I decided to take a month off writing and devote my energy to calming down and digesting it all. Fortunately, the whole adventure was documented in my super-top-secret field journal. There is now enough new information in this little notebook to fill an entire book, and someday it will. 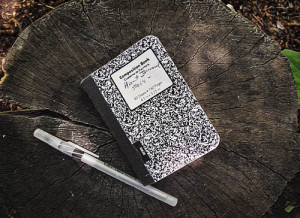 Enough pleasantries, let’s move on to the facts. My hunt was 28 days long, but I devoted half of it to my wife Esther’s, limited-entry bull tag in Fish lake. This was the most difficult hunt of my life. The terrain was super-steep, thick, boulder-strewn, log-fallen and all-round unforgiving with 90-plus degree days. The myriad of cow and spike hunters chased the herds into the far reaches of the worst mountain tops long before we arrived. We beat ourselves ragged on two separate trips just to close the distance on this silent 320-class bull which wouldn’t respond to calls, so Esther had to shoot it bedded, facing us, at only 20 yards. Thus began a most grueling 11-hour pack out on our backs. All in all it was a wonderful success and Esther’s very first bow kill. Congrats, doll! 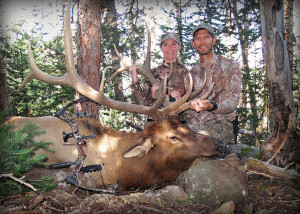 In the end I shot nothing…just like last year. So here we go again, into the even more difficult extended season. The difference this time is that I am building off of countless lessons learned last year. Not only is it my goal to shoot both a Pope & Young buck, but a P&Y elk too! Unlike last year, I’m not just saying it; I’m doing it.

So we say goodbye to the 2015 general season forever. Incredibly difficult throughout, but beautiful. The story has just begun; can’t wait for next year! 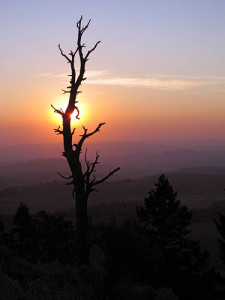 2 thoughts on “Out of the Woods”