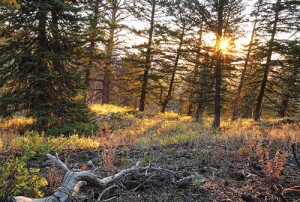 Bowhunting success for general archery deer in Utah is about 20%. That’s about double what it was 20 years ago, mostly due to better equipment. Still, the average bowhunter is looking to harvest a deer only once every five years. That’s bleak!

Zenbowhunter.com is dedicated to raising those numbers for people looking to expand their outdoor knowledge and shooting skills.

1. Luck: The truth is most big bucks are stumbled upon by chance, not skill. By improving your hunting skills, you also increase your luck.

2. Equipment: Having precision weaponry, optics, and gear certainly helps tightens your arrow groupings and reduces the chances of error. But it doesn’t contribute anything to actual hunting technique or woodscraft. These factors come through experience and diligent study.

3. Technique: This is the actual hunting part: learning everything about your prey, then locating it, and finally executing a successful stalk. Humans are as much a part of nature as the deer are, so the goal is to reconnect with your natural predatory instincts and use it to your advantage.

4. Information: Learning your area through scouting, studying maps, and collecting data from your state’s wildlife division will provide an outline of what you can expect to see in your area.

5. The Unknown: This is what separates the consistently successful hunters from the rest. The great “unknown” is what Zen Hunting is all about; aka, turning the unknown into the known. You might call it “advanced hunting techniques” but it’s really just the natural process of human development, or Zen enlightenment. The purpose of Zen is to achieve clarity and ultimate truths through meditation, and then finally harness greater powers over the elements by expanding your consciousness.

The bowhunt is only a week away! As with most years, I won’t be hunting the opener. By holding off for a couple weeks I can avoid the hunting pressure and the extreme August heat. In the meantime I’ll remain in a state of pre-hunt meditation. I will go about my work and other responsibilities in a seemingly normal way, but my consciousness is consumed by hunting; in my mind I’m already in the mountains. Phones ring, people talk, distractions arise, but nothing can assuage my focus.

Pre-hunt mediation can be a lot harder to achieve in this modern era, mainly due to constant distractions. Most people are just too busy and/or too distracted to relax and meditate. Between work, texts, emails, family, and the myriad of other responsibilities, we can’t seem to get in the zone. Sure, we’re excited about the upcoming hunt, but we can’t really break free from the busy life until we pull out of the driveway and head for the hills. It will then take at least a few days of hard hunting to get into the rhythm of nature. By then, the hunt could be over! Pre-hunt mediation might sound like a bunch of hippie-hogwash, but it has worked for me for many years.

If you’ve stuck with me this far, then you’re in luck. I’m going to share a few techniques for getting into the rhythm of nature:

These are just a few of the methods I use to get into the spirit of the hunt before I set foot in the woods. Establishing the hunter mindset ahead of time will contribute more to success than anything else you do.

The few hunters who have consistent success are the ones who don’t view bowhunting as a hobby or a sport, but a lifestyle. Try to make that commitment in yourself, set a goal, and make hunting a way of life. The numbers say your odds are 1-in-5, but you can beat the odds by putting forth a little extra effort. I truly believe that success in bowhunting is a decision, not luck.