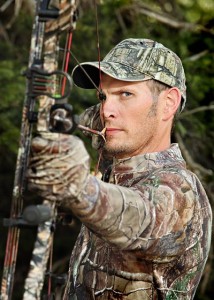 When it comes to modern bow accessories, your options are unlimited. Some parts move–like slider sights and drop-away rests–and some are fixed–like stabilizers and quivers. Today we’re going look at the potential drawbacks of having moving parts on your bow setup.

I’ve tried a myriad of accessories in my time, but last season really forced me to reconsider some of my choices. Here’s what happened:

In 2017 I got a brand new, high-performance speed bow to replace my old single cam bow. This new “speed” bow shot field points wonderfully. Then, about a week before the hunt, I screwed on my time-proven broadheads and they flew all over the place! After many fruitless hours of trying to re-tune the bow, I gave up and switched to mechanicals. And all was well…until…

Half-way through my deer hunt–and 300 miles from home–I was taking some practice shots at camp when my slider sight stripped out and no longer functioned. Try as I might, I couldn’t fix it. Fortunately I had an old multi-pin sight on my backup bow. I bolted it on and all was fine.

But this got me thinking…

Since its invention in 1966, the compound bow–and every accessory that can be attached to it–has been reinvented or re-engineered over and over again. The old “stick-and-string” has become an extremely complicated, finely tuned instrument of death…which is good…but maybe too good. Why? Because the more complicated something is, the more that can go wrong.

In this article I’m going concentrate on the four major moving parts of your bow setup that you may want to reconsider before heading into the backcountry:

Compound bows are much more complicated than they used to be, which is good and bad. Bow manufacturers tout speed as their primary selling point, but faster bows aren’t necessarily more accurate. The same concept applies to arrow rests, bow sights, and other accessories. Newer isn’t always better.

Consistent success afield comes from skill and woodscraft, not gear. As always, I recommend focusing more time and energy on the process and less on equipment.