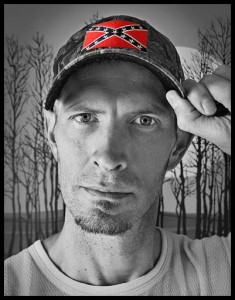 Politically Incorrect and Proud of It!

I’m unofficially declaring December as National Anti-Political Correctness Month! The following has been on my mind lately…

I’m not racist. In fact I had several Hispanic- and African-American friends throughout my life, and still do. My best friend growing up was gay as a June bug! Some of my best friends now are flaming liberals. Doesn’t matter to me; I judge each person on his character and not on his color, religion, creed, or political preference. This is normal. This is normal and exactly what nature intends. And for the vast majority of Americans, this is exactly what happens, believe it or not.

That being said, I am very prejudiced! I am prejudiced against every “politically correct” person–white, black, green, or otherwise. Politically correct persons (PCs) are the most offensive creatures on the planet. PCs are anti-America, anti-God, anti-freedom, and anti-Nature. PCs wish to take away your God- and Country-given rights to free speech, free thought, and free expression.

Modern America has been in a downward spiral because of the lies of political correctness for some time now, and it’s getting worse. More and more people are being persecuted for their belief’s, whether it’s religious, political or otherwise. Ironically, if you believe in God or morality then you are automatically a hater. In my lifetime I’ve seen more good, intellectual, honest, hard-working Americans persecuted than any single minority person or group!

Because of this persecution, innocent, freedom-loving individuals are losing their livelihoods and reputations every day. One case that sticks out in my mind is from 2014 when Mozilla Chief Executive Brendan Eich was forced to resign simply because he made a donation to opponents of gay marriage. The evil PCs destroyed his career, not because of his job performance, but his personal values.

Another example is the Washington Redskins football team and their American-Indian mascot. Today, if I support the Washington Redskins–which I do–then I’m an anti-Indian racist. Never mind that more than half the team is black millionaires fighting along-side their white teammates. Their mascot–the stately and strong, admirable American-Indian warrior–is detested NOT by American Indians, but ignorant, white, PC hate-mongers who don’t even watch football. Fortunately the NFL doesn’t care about these doltish PCs and their pitiful plight to change the team’s name. Team owner Daniel Snyder stood his ground in 2013 told USA Today, “We’ll never change the name. … It’s that simple. NEVER—you can use caps.”

PCs are the REAL haters. These Godless, uneducated control-nuts are compelled to seek out and hyper-inflate any microscopic social issue in order to give their life some sort of meaning. They, along with the abhorrent, lying media, perpetuate racism by bringing the slightest black/white race conflict to the forefront of public awareness. They’ve hijacked the University by shoving these ridiculous, social-non-factor, equality issues ahead of any real education that might benefit normal people. They indoctrinate our children with a continual bombardment of liberal values, the highest being the elevation of the weak while suppressing the strong; this being the exact the opposite of Nature and survival of the fittest.

Why is rampant political correction on the rise? This question has plagued my mind some time. It’s glaringly obvious that widespread racism has been all but wiped out, especially here in the future where we have a black president and countless other minorities in top political and social positions.  But after observing many PC-driven individuals in my own life, it has occurred to me that political correction is simply a widespread fad; it’s the new “cool”. It’s cool to accept everyone and anything with no discernment between good and evil.

For decades American values were dictated by religion and the constitution. But now the bible and the constitution have been abandoned, and mostly detested. It’s natural for our children–who are mostly excreted from broken and godless homes–to seek meaning and values to base their lives upon. And when they can’t find it at home they glean it from from pop-idols and institutions of “higher” learning.

Since there’s so little for our children to believe in, they buy into the religion of political correction (aka liberalism) which perpetuates the values of acceptance, tolerance, equality, environmentalism, anti-Americanism, anti-capitalism, and anti-God. Political correctness–aka Evil–is simply the new “cool”.

Tragically, kids think that being cool is acting, speaking, and looking like everyone else–in other words forfeiting their individuality. We’ve all been there, and it’s a sham. But if you live long enough you realize that being cool means saying what you think, pursuing your own dreams, and living your own life according to your values…basically simple American values.

The major problem with being a cool kid today is that they don’t have a choice about it. One word of intolerance and the coolest cat in class is ostracized. You must be PC just to survive. From cradle to grave we walk on eggshells to protect our reputation and livelihood. Free speech and free expression will not be tolerated at any level.

Being a hunter puts me in a minority class. I’m judged negatively by the majority of society for simply harvesting the natural, organic, self-reproducing, renewable resource of animal protein. With colleagues, clients, and in many social situations I find myself hiding the fact that I’m a hunter. I continually defend myself against attacks for my lifestyle choice. By definition I’m a suppressed minority, no joke!

Well, ya know what’s funny about being a free-thinking member of the silent majority? I don’t care. It’s a free country and EVERYONE has the right to think and express whatever opinion they want. If someone hates blacks, gays, Jews, hunters, Hispanics, or any other minority, who cares?! If someone burns a minority on their front lawn, well, that’s a problem. If they blow up a church in the name of God, that’s also an issue. If someone makes a Muslim joke at Thanksgiving, who cares?! Go crazy.

Speaking in poor taste certainly makes you less popular, but it doesn’t make you a bad person. Acting on evil impulses makes you a bad person. Say what you think, express how you feel, and turn Thanksgiving dinner into a racially- or politically-charged cluster bomb. That’s your right as an American. Liberty and freedom; that’s what makes our country great.

In conclusion, I implore you to do your part this holiday season to combat the evil of political correctness. If your free speech or free expression of your beliefs offends some mindless PC troglodyte, or if someone gets their feel-bads hurt at the annual Christmas party, just remember, there;s only one answer to political correctness: WHO CARES!