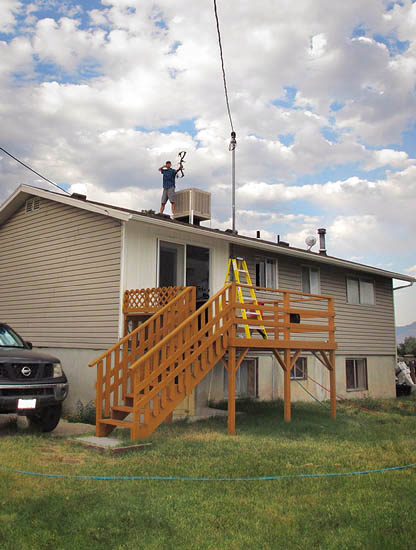 Doing Whatever it Takes to Succeed

During last year’s bowhunt I missed a 50-yard shot at a pretty decent buck. Since then, I’ve pondered the miss hundreds of times in effort to pin-point exactly what went wrong.

There were many factors to consider: steepness of angle, a crappy rangefinder, holding the wrong pin, buck fever, etc.

By the time I patterned the buck, the season was over and the buck had disappeared. In order to avoid making the same mistake(s), I’ve addressed every possible variable:

My summer schedule is a consummate nightmare, so rarely can I go to the mountains and shoot angles. So I found the highest point in my yard (my rooftop) and began shooting from there.

There’s an old saying: “What a fool does in the end, the wise man does in the beginning.” At this point, I implore you to anticipate the worst possible shot scenario and practice for it. Do whatever it takes, because big bucks rarely give you a second chance.