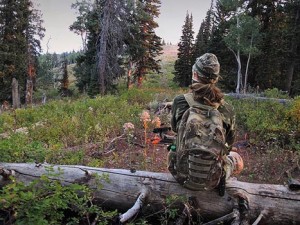 It took half a lifetime to finally understand that success in bowhunting is a decision. Failure comes not from luck, but from failure to commit to the goal. The decision to succeed is not made a week or two before the hunt, but the very second the last season ends.

In sharing this insight with other bowhunters, I’m usually met with some skepticism or hesitated response. They want to agree with the premise, but don’t really understand it. So here’s what I mean:

When I make the decision to succeed—to arrow a great buck—I set a goal for the entire year. And it’s not just any goal, but the most difficult goal to reach. It’s so difficult because there are just too many variables in bowhunting, and no guarantees. What if I simply can’t find a buck this season?

By setting such a lofty goal, one’s mind begins making immediate preparations to accomplish it. This goal is broken down into planning, studying, shooting, equipment preparations, mind-set, and a myriad of other sub-goals.

Keeping this goal in the forefront of my mind, I find myself making daily decisions to achieve it. One example is to block out my intended hunting dates on the calendar. No matter what opportunity or “responsibility” arises, I adamantly refuse to alter my schedule. This year alone I’ve turned down two potentially profitable jobs because they would interfere with my hunt dates. Admittedly this can be very difficult for some people. Most jobs will allow one week off work, or two if you’re lucky. The sad fact is, if you let your all-important job interfere with your hunting schedule, then you CANNOT set the goal in the first place. The decision isn’t yours to make, thus you must prepare for failure.

Making such a big goal sets a precedence upon which failure is not an option. If you are truly committed, subconsciously you will make mental and spiritual goals which you aren’t even aware of; goals which will seemingly magically bring you and your quarry together into a single space and time.

As prepared as I might be, successful bowhunting still feels overwhelming to me at times. I believe that bowhunting is the hardest thing a person can do successfully and consistently. I also know that there are greater forces at work than I can ever understand which will increase my odds. Call it the power of positive thinking. Call it Zen.

Click here for my Secret Bowhunting Tip #3: Be Patient