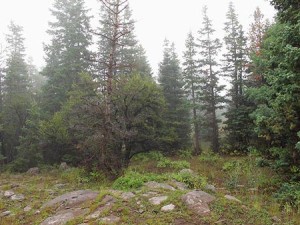 By now you probably have a pretty good understand of what Zen is. But how does a person go about channeling Zen-energy?

Students in traditional Eastern Zen generally spend many years in painstaking study to learn how to achieve Zen. But since most of us don’t have the resources to travel to Japan for a formal study in Zen, my goal today is to sum up some of the key steps the best I can:

Is that all there is to it? Did I miss something? Like I said from the start, Zen isn’t something to be explained, but experienced.

Practical Zen doesn’t always require you to go through a specific ritual and meditation. These are just guidelines to help expedite the process. Zen is actually more common than you think. In fact, I am certain that just about everyone has experienced Zen at one time or another. Have you ever said to someone, “Man, I’m really in the zone today?” What you mean is, you’re really in the Zen today. For unknown reasons you suddenly feel unconquerable, like you can do anything. But it’s fleeting. The problem is that most people don’t reflect back on what factors led up to that moment of fleeting enlightenment, in which case they can’t repeat it. Or they call it ‘luck.’ But luck can’t be repeated so it’s dismissed.

The goal of Zen enlightenment is to summon those powers at will and use them to our benefit. The famous virtuoso guitarist Steve Vai explained it like this: Every once in a while a person latches onto a fleeting moment of inspiration. For no conscious reason, he can suddenly play guitar beyond his normal abilities—beyond anything he’s ever practiced. But a moment later it’s gone. Vai states that his unwieldy virtuosity is the result of learning how to hold onto that moment—to summon it and use it at will. Incidentally, Vai is also an adamant student of Eastern philosophies. He is speaking of Zen.

Unlike specific religious practices, Zen is universally available to everyone. It’s your birthright. It comes with the gift of consciousness. Personally, I only at the beginning of Zen understanding. But lately I find myself making more frequent, conscious, ritualistic efforts to channel those forces. I can also recognize it when it happens and hold onto it longer.

What I’m attempting to do here is share this understanding with you. Through Zen practices we can achieve more in whatever art we wish to explore.